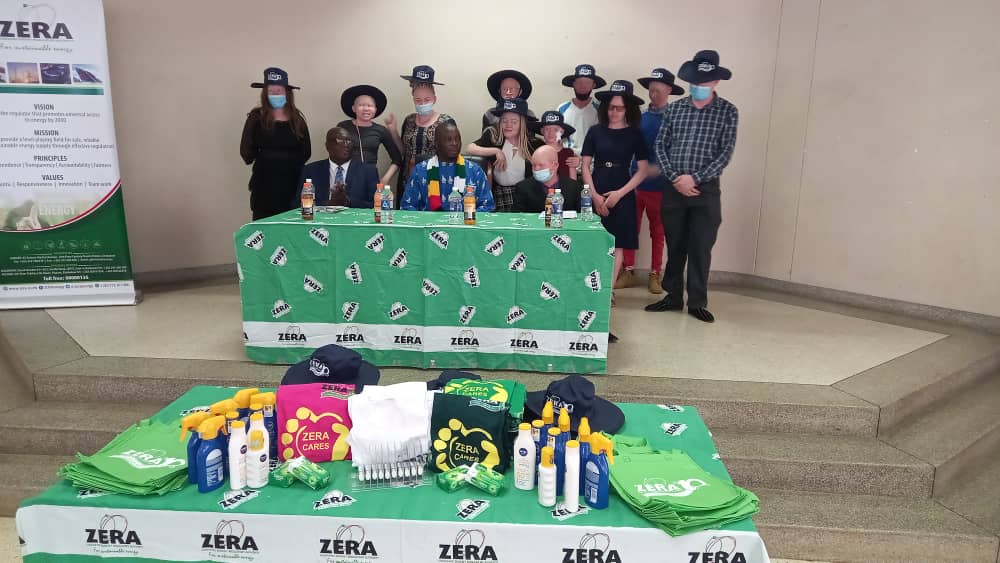 Albinism is a genetic condition, characterized by a lack of pigmentation of the skin, hair and eyes, which causes extreme sensitivity to sun exposure. The risks of developing skin cancer and skin disorders are extremely high and studies suggest that most people with albinism die from skin cancer between the ages of 30 and 40 according to a report by I. Ero, 2015. (Independent expert for the United Nations in 2015).

There is a deficiency of melanin in people with albinism (PWA), which puts them at a risk to the harmful effects of radiation, namely photophobia, impaired visual acuity and skin cancers. Melanin is the pigment responsible for skin colour, and is also photo-protective against carcinogenic solar ultraviolet radiation.

In Zimbabwe, albinism affects approximately as many as one in one thousand, while one in two thousand people are affected worldwide and is more prevalent in sub-Saharan Africa according to the Journal of Medical Genetics. Excessive sun exposure is a major environmental factor in accelerated skin ageing, with the development of actinic keratoses and a major risk of skin cancers. These are dominated by non-melanoma skin cancers and are a cause of premature morbidity and mortality of PWA.

In addition, PWA develop actinic damage at an early age and suffer from skin cancers in the second to fourth decade of life. In most cases, several cancers occur aggressively in those who have not followed protective measures and have had relatively high levels of sun exposure.

Armed with this information, the Zimbabwe Energy Regulatory Authority, (ZERA) took up its Corporate Social Responsibility to raise funds towards helping PWA. After holding its inaugural Golf tournament in Harare and Bulawayo, with the support of its stakeholders in the energy industry, the Authority raised ZWL8million dollars which was channeled towards the Matabeleland North Chapter of the Zimbabwe Albino Association, with a total of 174 people living with albinism.

As fate would have it, the donation coincided with the Cancer Awareness month in October. The authority donated skin care products and sun protection materials which consisted of an assortment of sunscreen sprays, lotions, bath soaps, lip balms, long sleeved t-shirts and sun hats amounting to approximately $46 000 per person.

Speaking at the event, ZERA CEO, Mr. Edington Mazambani stated the Authority came to a realization of the need in the albino community and decided to have golf tournaments in Bulawayo and Harare as part of raising funds for the donations to relieve the communities with albinism of the harsh effects of the sun especially during the summer season.

Mr. Sanders Munsaka who is the Zimbabwe Albino Association Matabeleland region chairperson said the donation would go a long way in supporting beneficiaries, stating “The creams that were donated here today cost at least US$26 and a person normally survives on four bottles a month.”

It is the hope of ZERA, moving forward to continue with this drive and manage to donate to people living with albinism nationwide. 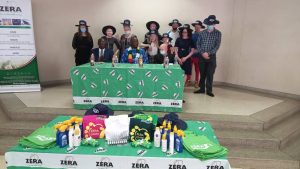 Energy saving tips for the industrial and commercial sectors