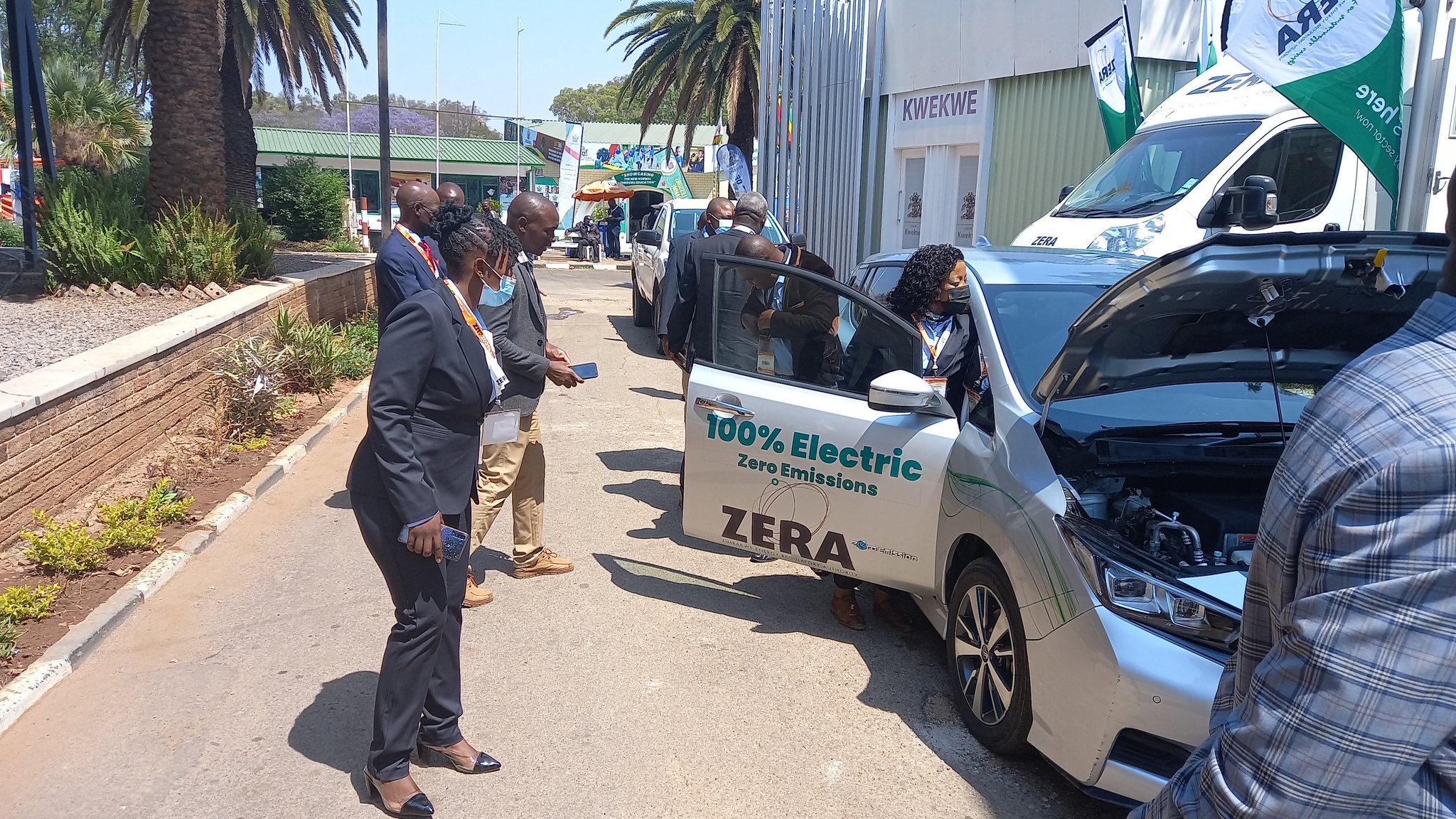 The ZERA Electric Vehicle proved to be one of the biggest attractions at the just ended Zimbabwe International Trade, as hundreds of patrons thronged the ZERA stand to get a deeper appreciation of the technology.

Many of the patrons could hardly believe the vehicle could set in motion. Not even repeated explanations from the ZERA team manning the stand that the vehicle had been driven from Harare, could dispel their doubts, until they were accorded test drives.

EVs, also called battery electric vehicles, have lithium-ion batteries that is are by plugging the vehicle in to charging equipment and have typical driving ranges from 300 to 350km per each full charge.

The driving range is also dependent on the road terrain and acceleration.

Electric vehicles have lower running costs, while a conventional vehicle would require US50-60 worth of fuel for about 300km of travel, charging an EV would require between US5 and 10. The vehicles also have fewer moving parts hence not require as much lubricants as convectional vehicles.

Speaking on the sidelines of the exhibition, ZERA Chief Executive Officer, Mr. Edington Mazambani said the showcasing of the vehicle is premised on the need to encourage the adoption and use of sustainable forms of energy, which has greater benefits, not only to the users but the environment as well as reducing the country’s fuel import bill.

“With regards to e-mobility we are showcasing at ZITF because we want to encourage the use of energy sources that reduce the carbon footprint caused by vehicles and as a regulator, we have also developed the e-mobility framework that we have since submitted to the Ministry of Energy and Power Development which will guide the roll out of E vehicles.

Mr. Mazambani pointed out that greater efforts are now directed towards putting up of infrastructure across all corners of the country.

We want to promote E-mobility infrastructure development and we have had an interface with fuel companies and service stations to put up solar powered e-vehicle charging ports at their stations, we have actually been encouraging them to put up solar power units first as we are targeting to use more of renewable sources of energy.

And again, as a regulator, to kickstart the issue of infrastructure development with regards to charging stations what we have done is that we have three charging units at all our offices, here in Bulawayo office, we have another one installed at our headquarters in Harare as well as another one at our Mutare office.

We are looking forward to complete installation of another charging point by the end of September in Gweru, which we would want to be open to the public so that people start to appreciate the direction we are taking as a country.

“We also have been engaging the EOMCs that they shouldn’t see e-mobility as a threat to their businesses but should embrace it and reap dividends from erecting charging stations and move in tandem with such technological advances”, he added.

UZ gets a shot in the arm from ZERA