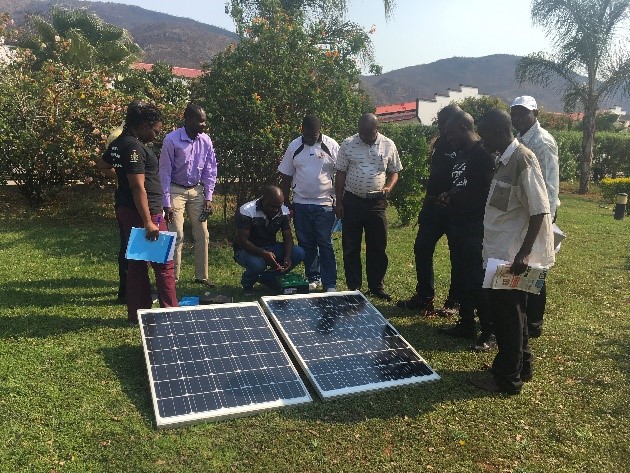 The adoption of solar PV system has been hamstrung by a number of factors, chief among them the shortage of qualified system installers.

In view of this, the Zimbabwe Energy Regulatory Authority (ZERA) embarked on series of Solar PV Installation trainings aimed at capacitating installers to ensure their work meets the expected standards.

The trainings have also been conducted in other Cities around the country including Bulawayo, Gweru and Harare.

Speaking on the sidelines of the training workshop, ZERA Renewable Energy Engineer Tobias Mudzingwa said the Authority is satisfied with the number of people they had engaged this year, further asserting that the programme will be implemented in different parts of the country

“We are very happy that we have reached our target for the year and we are looking forward to more trainings next year in different areas,” said Engineer Mudzingwa.

One of the trainees Nyasha Mukosi said commended ZERA for coming up with the training initiative saying it equiped the trainees with requisite technical solar system set up and installation.

“The training was very beneficial as we learnt a lot on installation of Solar PV systems and their maintenance,” said Mukosi

His sentiments were also echoed by Salome Makeya who said the training was insightful and educative, however she bemoaned the small number of female participants who took part in the training saying greater efforts should be channeled towards encouraging more women to take a proactive role in such initiatives.

“The training was excellent, l did not have any background on these things, and l initially thought it’s for others but after the training l have gained a lot as l can now set the Solar system, however I feel more needs to be done to encourage other women to take part in trainings like these ones, after all women are arguably the biggest domestic consumers of energy,” said Makeya.

Mudzingwa highlighted that the increase in pass rate was due to an improved selection criteria in which most attendants were already in the industry as technicians and some as consultants.