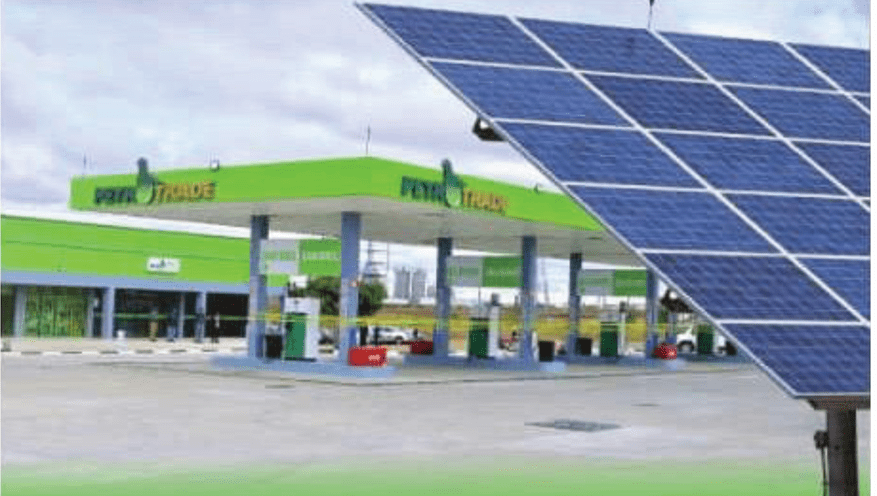 The development of solar-powered petroleum retail sites in Zimbabwe is a welcome trend which is in synch with the national, regional and global developments of a green energy revolution.

This was said by the Zimbabwe Energy Regulatory Authority (ZERA) Acting Chief Executive Officer, Edington Mazambani, with reference to the official opening of the Petrotrade Mabvuku’s Service Station.

The Mabvuku retail site is the first to be powered by solar energy under the Petrotrade brand.

“The world is shifting towards a green revolution where renewable energy is increasingly assuming a large share in the energy mix. As such, small steps as demonstrated by Petrotrade deserve to be applauded” said Mazambani.

The retail site joins the league of other fuel sites that are solar-powered in the country at a time when calls for increased uptake of renewable energy technologies at domestic and commercial level are growing louder.

The site will not only save the company’s electricity bill but also serve as a model    pro-nsumer structure of renewable electricity. It will produce and consume its own electricity.

The solar powered site is also set to reaffirm Petrotrade as a robust energy company with a key stake in the nation’s entire energy supply chain of fuel.

Renewable energy projects are best deployed as off grid or grid-tied mini plants close to the site where power is to be used.

This reduces the cost of constructing infrastructure; transmission losses as well as pressure on the grid as the electricity that was going to be used at the retail site will supply a consumer elsewhere, thereby increasing the number of consumers connected to the grid.

The development of the solar-powered retail site is in synch with government’s vision of increasing access to modern energy by 2030.

Save energy, use solar geysers for efficient water heating